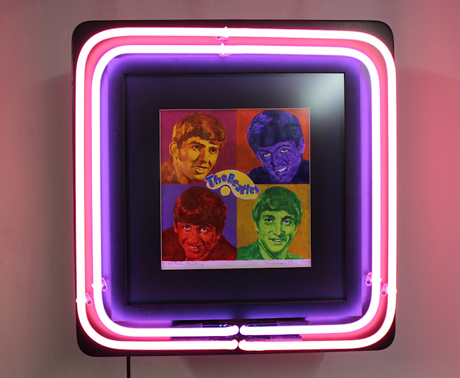 Christian Furr and Chris Bracey are to have a show of neon Art in July 2013 at 45 Park Lane (Dorchester Collection) in London.

This is an innovative collaboration of a painting and a neon – two art forms coming together to celebrate the greatest band in history. A modern shrine. Furr’s painting was originally inspired by the work of Sir Peter Blake and is a take on the early packaging/ marketing of the Beatles who were almost wrapped up and sold like the Teletubbies – who were popular at the time of the paintings creation. Bracey’s neon frame helps to convey the euphoria the Beatles generated and continue to generate in this their anniversary year.