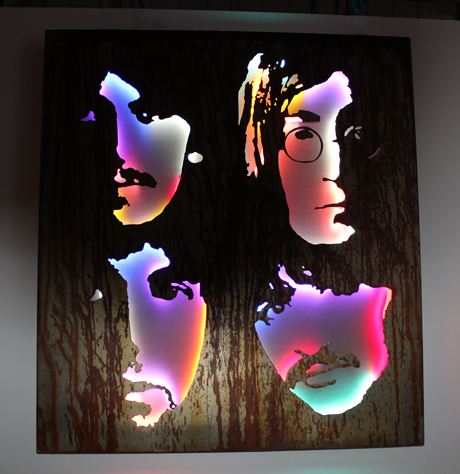 Born London in 1954. Started work in an Art Studio in Soho but his love of neon and all things bright drew him to work on fairground, circus and amusement neon graphics and design. 30 years later his talent was discovered by the Guy Hepner Gallery in LA and work sold throughout the world.