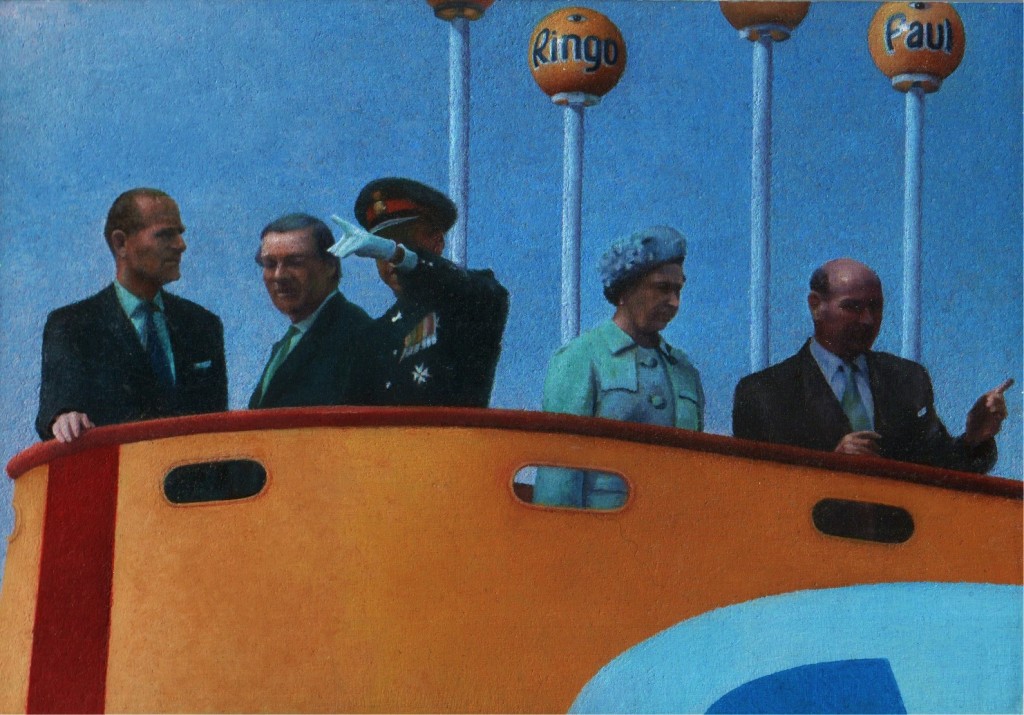 Based on images of HM’s visit to the Liverpool Garden Festival, this started with the less culturally loaded title ‘1985’, as I’d misremembered the year. After some misgivings, ‘1984’ seems appropriate for a picture with hints of authoritarianism, skewed prophecy and two British institutions fractionally displaced in space and time.

Having taken a decade-long holiday from Art after getting his painting degree, Thomas Doran’s recent work has involved a process of re-acquaintance with the influences that got him daubing in the first place.

The last couple of years have seen him brought bluntly up against his past while sorting through the contents of his late parents’ house; an opportunity for instant transportation to other times. Don’t be surprised if emblems of 70s and 80s boyhood appear increasingly in his artworks. He’s not afraid to embrace and utilise nostalgia but prefers to call it time-travel; seeing the past as an alternative reality rather than something that’s dead or unattainable. Both of the works featured in Liverpool Love were inspired by totems rediscovered during these excavations; a toy Yellow Submarine and a brochure from the Liverpool Garden Festival. However, he is anxious to divorce the use of childhood symbols from any accusations of backward-looking cosiness.

“The past was never a safe and fluffy place to be and it can always come back and bite you,” he says. “Was there ever a stupider, more complacent idea than ‘those were simpler times’? Neither do I believe in the concept of childhood innocence. My best guess is we’re born as child-adults and spend much of our lives behaving like adult children. Of course we grow, but I don’t think I process the sensations I get now in that much more of a sophisticated or profound way – in the great scheme of things – than I did when I was seven. I find that realisation quite liberating.”

With all this in mind, he is currently working on a series of pictures and models inspired by many years of watching too much television, under the umbrella title Armageddon at Teatime. 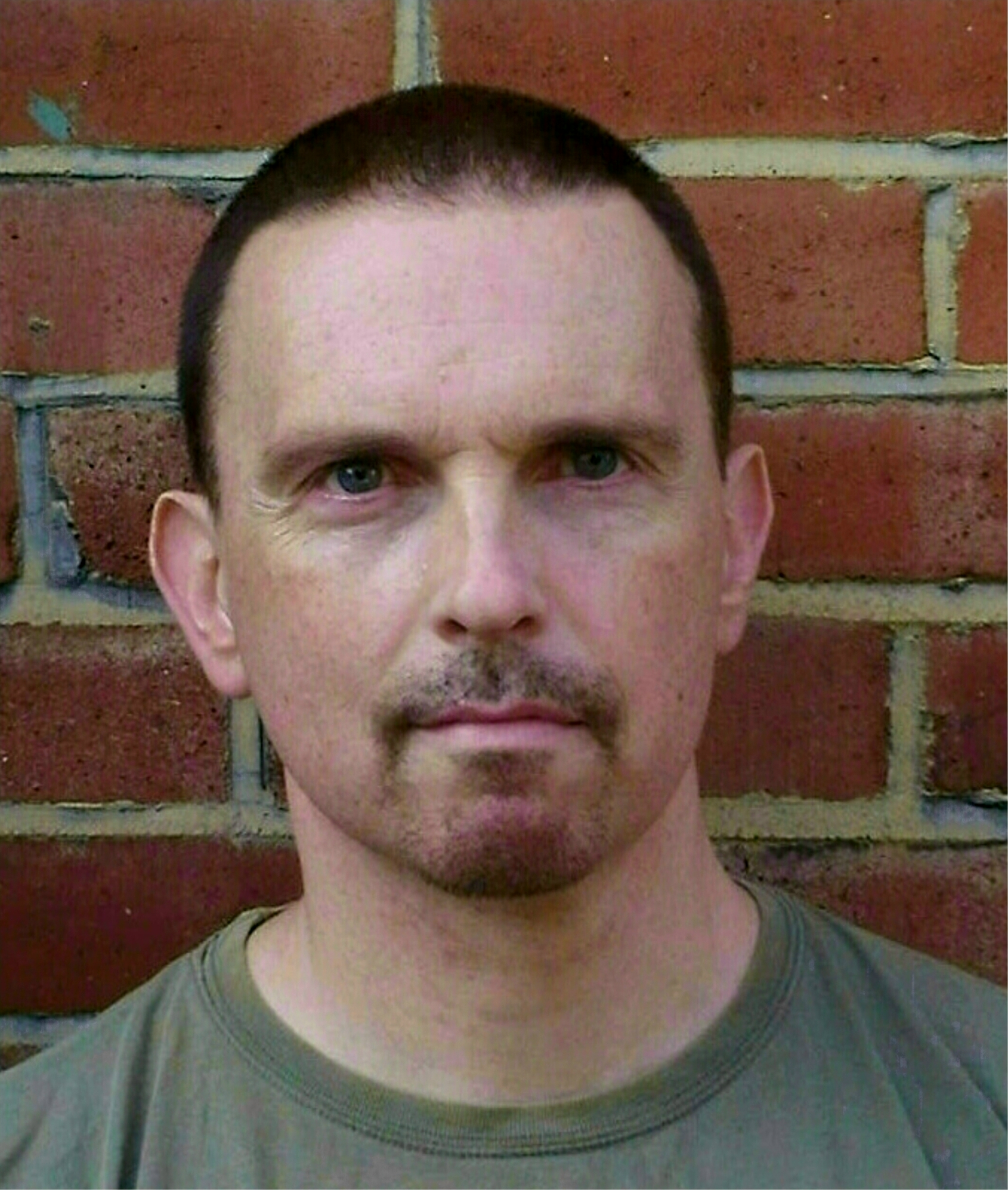