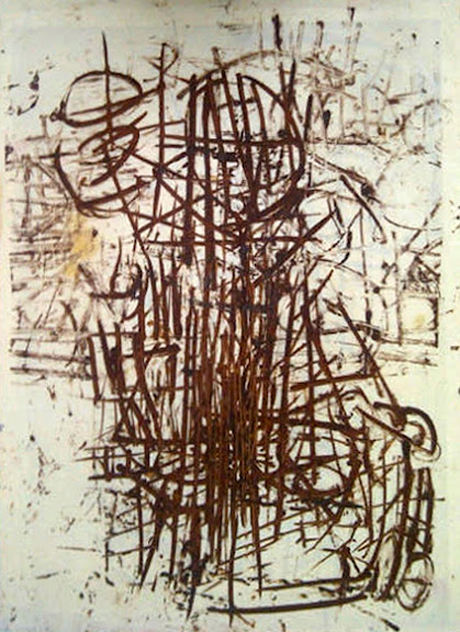 Stuart Sutcliffe was born in Edinburgh on the 23rd of June 1940, and was raised there until the age of 3 – thereafter in England.

His father was an engineer officer in the Merchant Navy; his mother was a school teacher. His art career began early on when he created works of art for his Mother’s classroom. He attended Prescott Grammar School, and was accepted at age 16 to attend the Liverpool Regional College of Art.

There in 1957, he met fellow art student and musician, John Lennon. He was persuaded by John to buy a bass guitar after the sale of one of his paintings to John Moores – the patron of the Bi-Annual Exhibitions held at the Walker Art Gallery, where the work had been exhibited.

Sutcliffe joined Lennon’s band as the “4th” member and changed the name from the Quarrymen to the Beatals – Lennon, always having the last word changed the spelling to Beatles. Later Pete Best was recruited just prior to their first Hamburg trip, becoming the “5th Beatle”.

From April 1961 to March 1962 he was a awarded a scholarship at the chief Hamburg Art School, under Eduardo Paolozzi, who was doing a year as visiting professor and who is considered one of the fathers of Pop Art. He took a keen interest in Sutcliffe recalled: “He had so much energy and was so very inventive.

The feeling of potential just splashed out from him. He had the right kind of sensibility and arrogance to succeed.” Later he wrote, “My report is that Sutcliffe is very gifted and very intelligent. In the meantime he has become one of my best students.”

Stuart fell in love with photographer Astrid Kirchherr and choose to leave the Beatles and devote himself to his work as an artist / painter and continue his studies at the Hamburg State School of Art.
In an essay on the artist, Donald Kuspit, noted art critic and Professor of Art and Philosophy at New York University, SUNY said: “…Stuart Sutcliffe emerged as an Abstract Expressionist painter just when Abstract Expressionism was in decline, but his works return to its origins, epitomizing all that is best in it… A certain structure is latent in the apparent chaos of Sutcliffe’s handling; it is a metaphor for the structured, disciplined self–and he must have had enormous discipline and concentration to produce what he did in such a short amount of time–that Sutcliffe was in the process of realizing when he died.”

“He (Stuart) was an outstanding loss to Liverpool and to English painting, and over and above the merit of his pictures he has a special significance as somebody whose burning creativity switched from art into pop music and then back again. He showed the way.” John Willett

He was an artist, poet and writer first – and a musician second.
Stuart Sutcliffe died in Hamburg in 1962 from a brain haemorrhage at the age of 21.