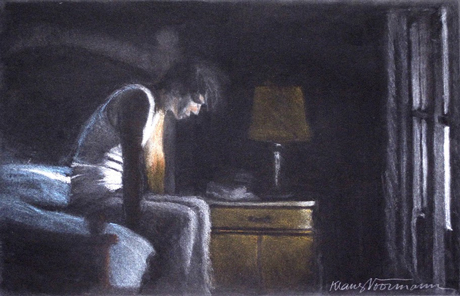 Two grammys and many international awards. Amongst other´s for the Beatles album cover Revolver (1966) and participation in George Harrison’s Concert for Bangladesh (1971).

Member of Manfred Mann Band and of John+Yoko´s Plastic Ono Band. Worked for many years as a musician in England and the U.S.A. with John Lennon, George Harrison, Ringo Starr, Carly Simon, Harry Nilsson, B.B. King, Eric Clapton, Dr. John and many other rock giants.

From 1981 he produced in Germany artists like the group TRIO. He designed more than 100 record- and book covers and tour posters like for the Bee Gees, Turbonegro, Wet Wet Wet, The Beatles Anthology, Mando Diao, Woody Allen.

He lives south of Munich and is mostly active as a graphic designer.

Together with Christina Voormann he supports international bio diversity and environment projects.