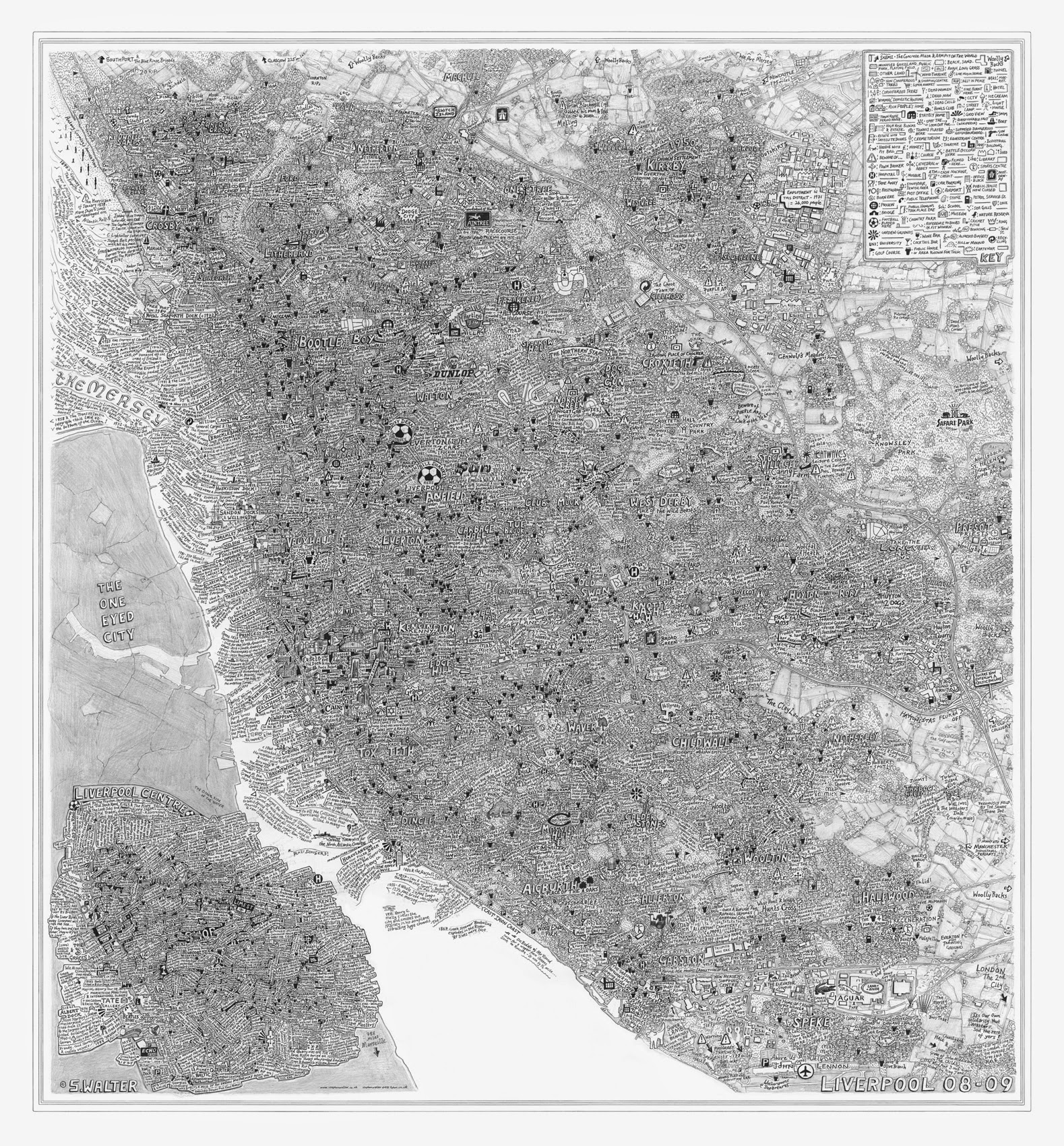 This drawing leads on from Stephen Walter’s two-year London project completed in 2008, which mapped each borough. Informed by insights and knowledge of his native city and its people, along with further research, the resulting maps touch on the capital’s vastness and tap into its undercurrents.
The artist’s initial plan to create something similar for Liverpool – a city he was unfamiliar with – was to spend five days here, following a trail of contacts, and produce a whistle stop ‘warts and all’ tour of the city. The map would be reliant upon the knowledge and views of others, juxtaposed with research made on the Internet and in cultural and history books. However, whilst journeying through the City the artist fell in love with a woman from Liverpool. This and a growing number of personal relationships, “the pride and energy in which Liverpudlians talk and feel about their city” that Walter experienced, resulted in further visits and a map of Liverpool far larger and more detailed than was initially planned.
The map is geographically accurate and highlights many of Liverpool’s main roads, railway lines, built up areas, monuments and green spaces. It records several memorable viewpoints from different parts of the city. “I began to translate Liverpool’s character to paper, its snippets of quirks, idiosyncrasies, its stereotypes, places of interest and etymology of place names into a celebration of the masonry and hearts of Liverpool”.

About the artistStephen Walter’s works is an investigation into obsessive drawing, semiotics and the phenomenon of place. Each work is an intricate world in itself; a tangle of words and symbols that make up a complex of hidden meanings and wider contradictions. Through mainly drawing, photography and printmaking, his artworks explore the meaning of objects, the glory of maps, our place in the World both as individuals and societies and touch on the potential legacy that we bequeath to future generations.His work is held in public collections including – British Library; British Museum; Victoria & Albert Museum; Houses of Parliament Museum; British Government Collection; London Transport Museum; Deutsche Bank (London); Trussardi Foundation, Milan; University of Manchester Library Collection; London Borough of Barnet; RCA Print and Drawing Archive. David Roberts, London. His work is also held in private collections in Europe and the US. 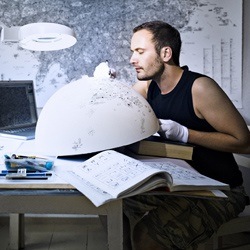