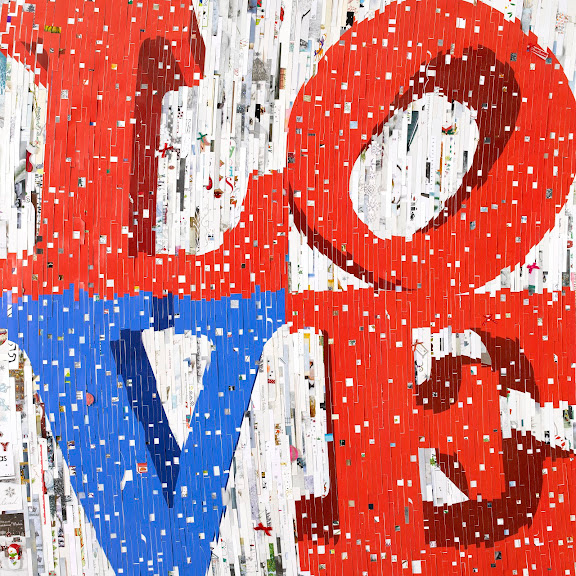 Born in Methil in Fife, Mach studied at Duncan of Jordanstone College of Art from 1974-1979, followed by a post-graduate degree at the Royal College of Art, London from 1979-1982.

Famed for his dramatic large scale collages, installations and sculptures, often made from assemblages of mass-produced objects; these can include magazines, coat hangers, car tyres and matchsticks. Mach was nominated for the Turner Prize in 1988 and elected a Royal Academician in 1998. In 2000 he was appointed Professor of Sculpture at the Royal Academy Schools.

His most recent solo exhibition was ‘Precious Light’ at the City Art Centre in Edinburgh in the summer of 2011. Harnessing the visual language of his dramatic, monumental works, Mach tackled his toughest subject yet, The Bible. He said that it had “all the themes and inspiration an artist could want, struggle, pestilence, love, war – it’s dripping with emotion and drama.”

Still working furiously and prolifically from his London studio, Mach continues to produce sculpture and collage whilst channelling his creative energy into poetry and also music with his band The Voyeurz. Mach’s strength is in his ability to tackle hard hitting issues, injected with wit and humour.

Please note that no bids are being taken for this work.