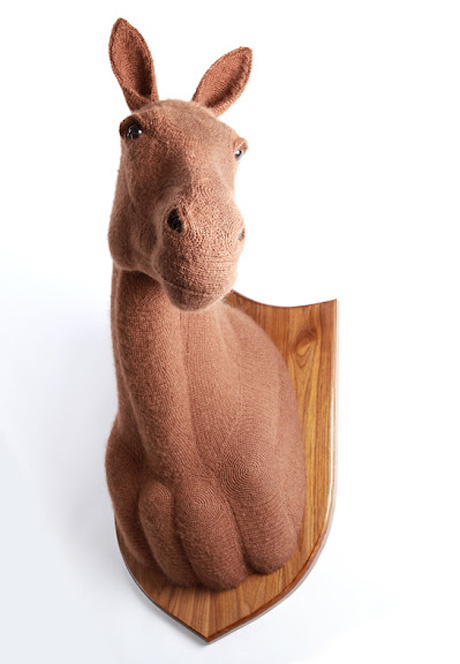 British artist Shauna Richardson is quickly becoming something of a sensation in the art world.

Conceived as an exploration of art theory, Crochetdermy is a unique accessible body of work employing the traditional craft of crochet to create realistic life-size animal sculptures.

Richardson has attained much recognition for her Crochetdermy pieces such as the Guardian commissioned Royal Portrait of Prince Harry – Harry depicted as a ginger baboon, and her life-size Brown Bear which became the face of ‘Power of Making’ one of the most popular shows in the history of the Victoria and Albert Museum.

Richardson is currently astounding audiences with the Lionheart Project, one of the flagship projects for the Cultural Olympiad. The biggest single-handed crochet sculpture in the world, her three 25ft crochet lions are touring the country in a mobile 50ft illuminated glass case.