Knits! Artist crotchety at No10 U-turn 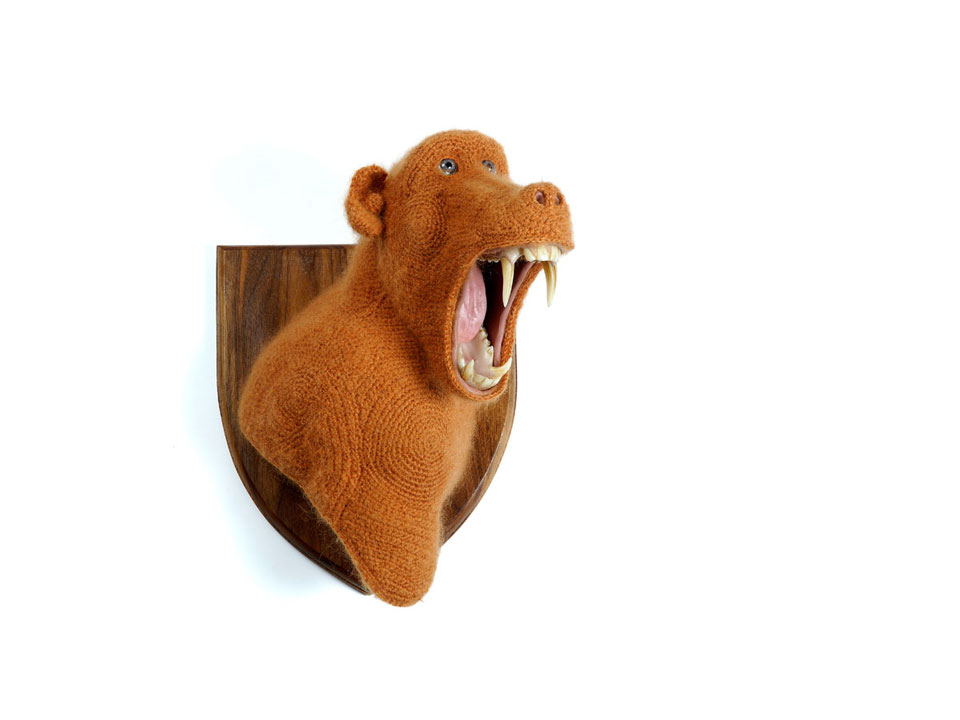 Acclaimed artist Shauna Richardson was thrilled when her sculpture of three huge lions was chosen for the Cultural Olympiad’s prestigious Lionheart Project and went on show outside the National History Museum in London.

She was even more excited when a curator from the Prime Minister’s office approached her out of the blue to commission four new works to display at Downing Street.

But now, after working on the installation for three months and just three days before her appointment to deliver her art works to No 10, Shauna has been told it has been scrapped.

For some, so far unexplained reason, her work — Shauna specialises in creating woollen animal sculptures out of crochet — have been deemed too controversial. Just why the decision was left until virtually the last moment is also unclear.

However, a clue perhaps is that she once depicted Prince Harry as a crocheted red baboon. It was not deemed contentious at the time, but that was before those unfortunate naked photographs emerged from Las Vegas.

Says Shauna: ‘I made the Prince Harry piece two years ago and it wasn’t intended to be controversial in any way. I doubt anyone would be offended by it, including the Prince. Anyway it wasn’t going to be in the Downing Street show.

‘I haven’t been given any explanation other than they decided that they were not comfortable with showing my work because it was deemed potentially controversial.’

Shauna’s crocheted sculptures sell from between £500 to £15,000 and her latest works are on display at the Liverpool Museum as part of the Liverpool Love exhibition. ‘I work in wool, and I have never been thought of as a controversial artist before.’

Her works, which she was to have delivered this week from her studio in Leicester, include a black kitten, a dangling monkey and a startled brown fox.

A Downing Street spokesman says: ‘We have a wide variety of art on display in the house and it is refreshed on a regular basis, but I am not going to get into specifics about certain pieces of art.’