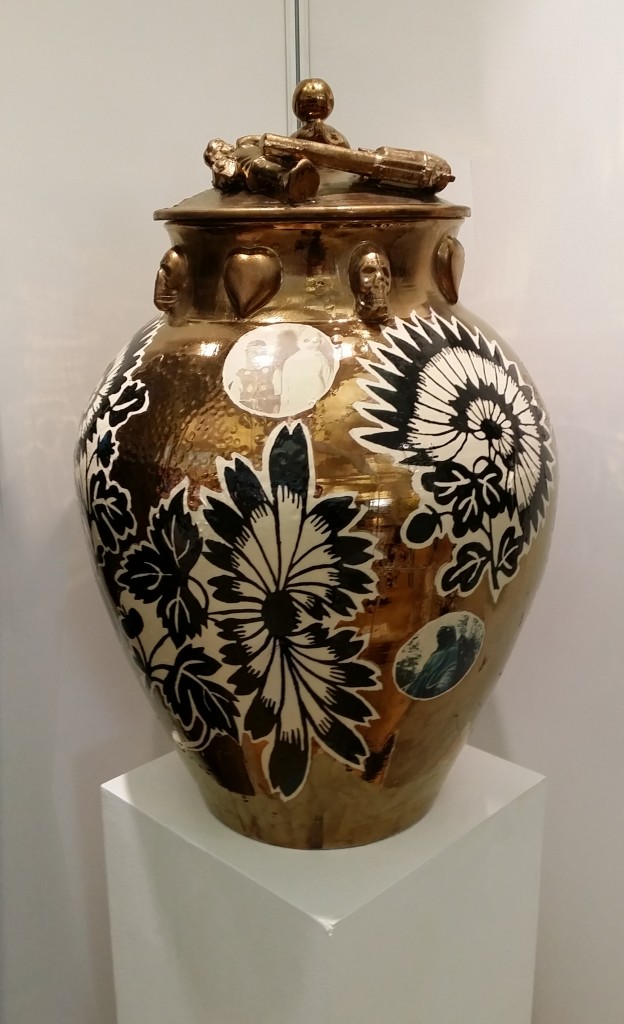 Amidst the edgy brushstrokes and sinister themes, symbolism proliferates in Baldwin’s work. From children’s storybook illustrations and images of war to nature & Vanitas, each viewer develops a highly personal response to what they see. The relationship that has been observed between Baldwin and the still life painters of seventeenth century Holland stems from his use of such symbols of life, death and mortality as the flower, the skull, the bird and rotting fruit. Baldwin recontextualizes these symbols, however, making them relevant for modern audiences.

Dan Baldwin was born in Manchester in 1972. He studied communication media at Eastbourne College of Art and Design with commendation and an award for best student (90-92).He received his BA with honors in communication media and illustration from Kent Institute of Art and Design(92-95/96), Maidstone, where he was awarded commendation and invited to be studio associate the following year.

His work is internationally collected by an exclusive clientele. Baldwin has exhibited his paintings, prints and ceramics around the world. He has enjoyed a stream of critically lauded sell-out solo shows and presented his work in art fairs in Basel, Miami, L.A, Tokyo, San Francisco, London and New York. Baldwin set a personal record at Bonhams in February, 2008 when his piece Apocalypse Wow – The End of Everything sold for over £25,000.Since then , his works have sold  for up to £30,000.

In 2005, he started to paint pots ,as an extention of his painting practice –  in 2011 he started working alongside Siscilian potter Roberto Gagliano on his vases, pushing boundaries in clay and 3d cast objects which reflect the mixed media objects of his paintings.Their recent pieces are complex two part ‘urns’ with sculptural lids, 20% pure gold and scale of up to 120cm.

His pieces have been collected by Liam Howlett, Maxim (The Prodigy),Chris packham,Gem Archer & Andy Bell (Oasis,Beady Eye),Jo Whiley,Petra Ecclestone,Rolf Harris,Dereck Chisora,Patsy Palmer,Holly Willoughby,Ant Mcpartlin,Sir Ronald Cohen,Shepard Fairey ,Mark lanegan,Alison Mosshart, & Jake Chapman.He has worked with brands as diverse as Atomic Skis,Max factor, Sara Berman,thisisalimitededition.com and recently Paolo Nutini on his no.1 album  of 2014. In July 2011 he featured on the cover of Art Of England magazine.Voted critics choice on Saatchi online in 2008 and selected to be on episode 5 of the first ever series of The Apprentice alongside Rob and Nicky Carter.He is in the permanent collection of the Groucho club and Cafe Royal.

He has donated pieces to a number of charities since 2003, including Redcross,Rainforest Foundation,Kennesaw Skatepark,Big Issue,Willow, Macmillan,Shelter,Murray Parish, to name just a few and supports the Teenage Cancer Trust and British Heart Foundation currently as well as some smaller charities. 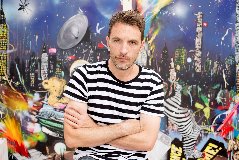